So much to talk about

You may just want to go now and refill your coffee cup, because this will be a catch-up post. Starting with yesterday and going back in time. It may seem as though I’m going back to the last millenium. I am just convinced that there’s no other way. I have made good progress in the garden; I’m getting organized and philosophically straight in my head about the reality of retirement; I’m even cool about the plan not being a plan, i.e., what happens happens. However, jumping back into the blog mindset has been difficult. Back in the days of employment, my brain had no problem finding the energy for posting at midnight nearly every night of the week, but my energy level is so low in the evenings now that I can idle away hours playing Spider Solitaire in front of the TV because I can not put two thoughts together for the blog let alone walk to the PC and wade through/edit the hundreds of photos I’ve taken. So the retired me is still a work in progress. The good thing is that I’m thinking about the blog – all the time. In my head I write with excitement on the day’s hot topic determined by the photos I’ve taken, but that’s as far as it ever goes.

So the only way I can see catching up is to do a mega post which means you need to run to the potty and then get comfortable. We’ll see how many of my hot topics we can get done in one breath.

One…
I’ve already told you that Carolyn Parker, lovely rose gardener, author and photographer, will be here in Ocala this coming weekend (yes, it’s this weekend. Are you ready?) Well, I was prepping by reading her gorgeous book, R IS FOR ROSE: Reflections from a Passionate Rose Lover. To say that she had me at hello would be a huge understatement. Each and every rose she described I wanted, starting with A, Rosa Rugosa ‘Alba’. On many levels this should not be a rose I would get excited about which is a tribute to Carolyn’s writing and photos – in other words, salesmanship. I was swept off my feet by the idea of 4-inch white single flowers and healthy, crinkly foliage that turns golden in autumn. So I emailed Cyd at Rose Petals Nursery, and yes! she had an Alba for me. Dare I read on for the other 25 roses of the alphabet?? 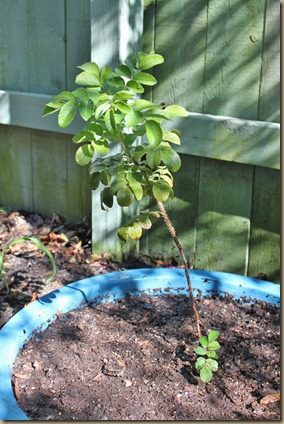 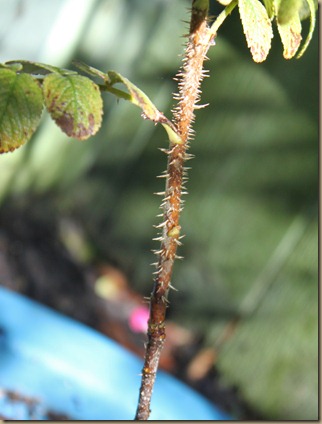 Contrary to my good sense, I placed two daylily orders a while back. I can not say no to myself when they’re on sale. So I have a goodly number to get into the ground, but first I have to find spots for them in a garden with no vacancies. Voila! Yesterday R. Fortuniana’s old spot looked perfect.

Sunday was a day of interruptions and detours…but in retirement there is no such thing as a bad interruption, only sweet opportunities for more joy. I made the tough but correct decision to make my cassoulet before heading out to the garden and thought it would make a good blog post so I was ready with the camera. Then sometime after the celery chopping but before the mushrooms dear #2 son called long distance, and we all had a delightful, long conversation. I didn’t realize what a mindbender it is to try to put together a recipe correctly, document it for posterity and carry on a conversation all at the same time. I guess that’s why I forgot the garlic and some photos. I am absolutely thrilled with the idea of cassoulets. Of course, since I recently discovered that the real cassoulets are a French version of baked beans with meat, I may have to call it Sherryocala’s cassoulet. Mine is more like a thick stew or ‘baked beans plus’ on the soupy side. It is a rich, satisfying dish that takes a little time to put together but then it’s all done in four hours without doing another thing, and you have enough food for several meals.

Sunday I didn’t actually get any gardening done – which was perfectly cool with me – but I did get to stroll through it with the camera. My garden is making its comeback, but it’s not there yet. Though these flowers are lovely and I’m totally grateful to have them, they are basically all there was, just a sprinkling throughout the garden, but I couldn’t not show them off.

‘Maman Cochet, Climbing’ aka Big Mama is a mere shadow of herself. She has been loaded with dead wood all summer, perhaps from the freezes and perhaps from some dire unknown malady, since I hardly cleaned her up in the spring and have not paid any attention to her since. A few weeks ago I finally did. I got the loppers and started lopping. I have a huge pile of dead canes (and some living ones) to show for it. Looking up into the bright sky makes it almost impossible to distinguish a dead brown cane from a living brown cane until you have it on the ground where the green leaves are plain as day. That’s definitely an “Oh, s**t!” moment. When I was done, there was still dead stuff left, but I had bled enough and was feeling sorry for Mama.

New babies are always thrilling, don’t you think? I have lots of new baby roses that need to be put in the ground, so Saturday I got started. I see you’re confused that I’m adding roses to a full-up garden. Well, we’ll get to that later.

You may remember I did this once before – in June right before the tree trimmers came. Well, like any bouffant hairdo when all the bobby pins fall out, all the hair falls down, and that’s what happened to ‘Francois Juranville’. Like the girl with the hair in her face, he was a mess all summer. His 20-foot-long canes were everywhere, laying all over the gravel and grabbing you as you tried not to step on them along with the volunteer Periwinkles growing among the weeds in the gravel. So last Friday after DH got the 8-foot ladder out to trim another tree, I moved it over to FJ and began the tedious task of festooning his flowing locks from tree to tree with pretty green ribbons of stretchy plastic which I hope lasts a long time in the Florida sun. Ha! That’s a good one.
.

Reality bites. It would be a pleasant tale if I could say I never had to eject a rose from my garden – more like a fairy tale. I think my record is somewhere in the 40% range for rejects out of the total purchased. In other words I come close to throwing away as many as I keep. I thought I had settled on my final selection and we would be together until the end of time. Like many lifetime commitments, it didn’t work out. Some just had to go. I had given them three or four years, and that was all I had to give. So for a few brief moments my garden had vacancies – well, not really. The interlopers are already here.

Sunday before last was our October meeting of the Marion County Rose Society, and what greeted us when we walked in were tables of roses on display. No, the Festival of Roses wasn’t two weeks early. Someone just had the brilliant idea to get us all in the mood for our big weekend. To get you in the mood, too, here’s a flyer so you can read all about the event. Just click HERE.

Way back in Hot Topic #1 I teased you with this. These are my cloches. Cloche is the French word for bell, and they are used to protect plants from cold and sometimes to provide a nice humid place for cuttings in propagation. I came home from the Rose Society meeting with several stems of luscious roses – patented roses, I might add, so if I told you the names of these cuttings, I’d have to kill you. I wasn’t going to try to root them since the last time I tried they all rotted (but not in cloches). Stuck in the ground this way is the only way I have ever succeeded since I don’t have a mist house and my jerry-rigged ones have not worked. However, at DH’s goading I took down my two glass decorative thingamajigs off the hutch and stuck the cuttings from the meeting. Then I took cuttings from ‘Mrs. B. R. Cant”, a non-patented OGR, and stuck her under an upside-down vase. I’m very excited, because I’m sure these will root. For some reason my cuttings prefer garden dirt to potting soil in little pots. We’ll see anyway. 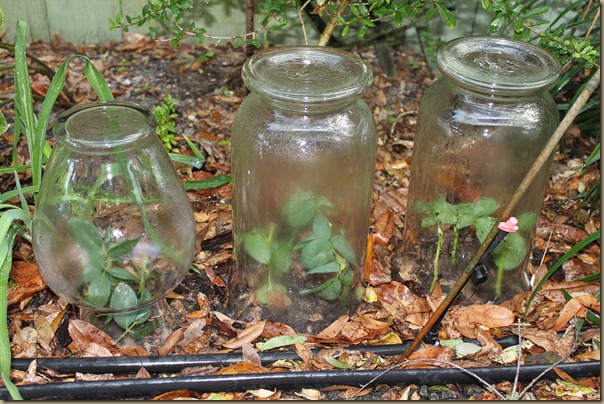 I just don’t know what I’m going to do with all these roses, since before I stuck these I ordered the two roses in question. They should be arriving this week. I don’t know if I should tell you what I ordered since then I’m pretty sure you could figure out which roses are in these cloches, and then the rose police will surely be after me. So I won’t say. I really don’t want to go to jail just when I’m getting acclimated to retirement.

Now go potty. And me, too. Unbelievably, this post has taken me eleven hours to do. I guess I'm slow, but I enjoyed it. Funny that I started on it at 3 o'clock this morning since I fell asleep on the couch and who can get back to sleep in the bed? Not me. Might as well blog, right? Hope you lasted for all "ten posts" - and are happy about it.
Posted by sherryocala at 10:14 AM 5 comments:

Email ThisBlogThis!Share to TwitterShare to FacebookShare to Pinterest
Newer Posts Older Posts Home
Subscribe to: Posts (Atom)
If only sweat were irrigation. 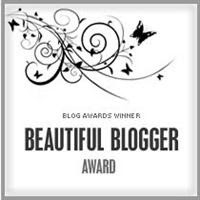 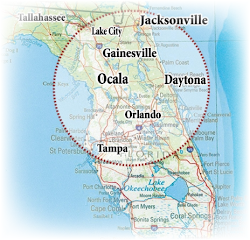 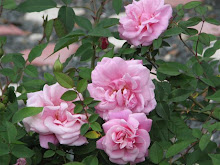 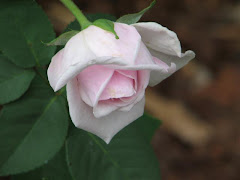 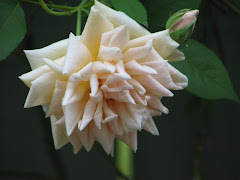 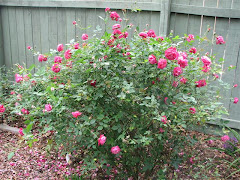 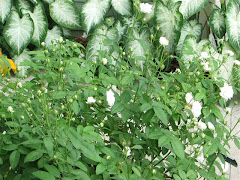 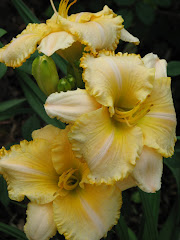 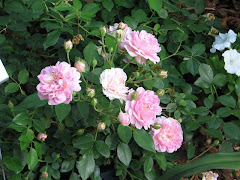 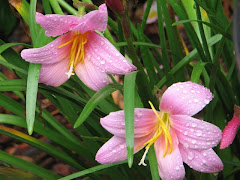 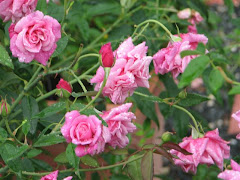 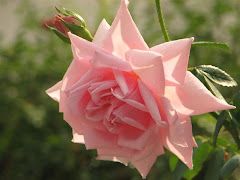 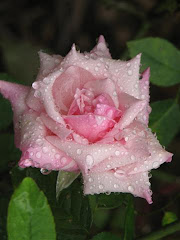 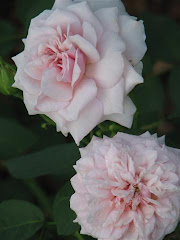 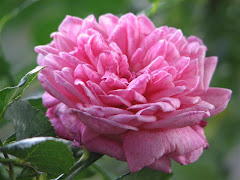 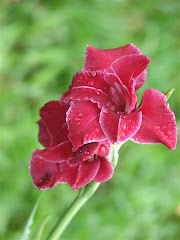 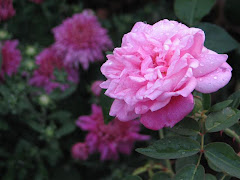 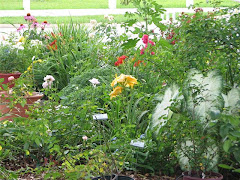